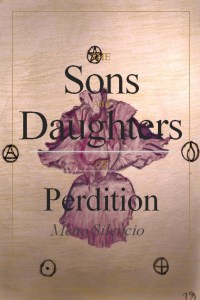 So dear readers, here’s my tentative cover, for better or worse. What do you think? I wanted to start with something simple and easy, since this is my first book, I think this came out very well. I’ll explain how I did it below, but first, let me explain the cover and the book behind it (feel free to skip to the cover design part).

The Sons and Daughters of Perdition: Furthermore referred to as SDP, because I’m too lazy to type it over and over again (hey, I’m sick, give me a break!). SDP is my first book of poetry (which I plan on releasing at the start of 2017). I’m dedicating it to all of you who have had the courage to go your own way religiously, despite resistance from your friends and family (or fear of resistance).

That is in fact what this book is about, daring to go ones own way. I chose the title ‘sons and daughters of perdition’ not because I’m from a Mormon family, but because I thought it wonderfully summed up the feeling of those who have left their birth-faith. I’m actually from one of those rag-tag sprouts of Christianity, a bit of a homeless wanderer. Most of the smaller branches of Christianity, as you may know, are practically interchangeable (and there are so many to interchange), as long as you aren’t a hair-splitting kind of person.

I hope that you, my dear readers, will find this book comforting. When I broke from my birth-religion I was in the dark, not knowing that other people had the same experience as I did, and that they’d come out the other side alright, better than before in fact. If I can help even one person understand that it isn’t the end of the world, and that they’ll find a way out of this perpetual darkness that organized religion had cast them into, then my job is done.

How I made the cover:

Being a complete novice when it comes to self-publishing, I did my own cover art, not having read the vociferous and myriad warnings that a writer cannot do their own cover art and should always use stock photos or hire an artist (so feel free to tell me how terrible my cover looks). I knew I could use stock photos, but I couldn’t imagine one that would feel right, stock photos are too smooth and manufactured, they don’t really catch the spirit of my book. The drawing took me about two and a half hours (ouch, my shoulder! Why Can’t I learn to use an easel!). It is done with pencil (for the sketch) and watercolor pencils (hence the slightly less detailed feeling), the symbols were done with a Chinese calligraphy set. The background is also watercolor pencil, although I haven’t added water to it.

Then I loaded it up to my computer and asked myself ‘what in the heck do I do with it now?? How do I get text on it??’. Cue google. Since like most writers just starting out I have little to no money and no software, I had to search for a cheap easy way to design a cover. To my surprise I learned that you can use Microsoft word to make a cover (imagine that!). Me and Microsoft word have always been BF’s but now we’re BFF’s.

This is a pretty good starter tutorial for starters, courtesy of the creative penn. It helped a ton.

I soon realized though that this was something would take quite a while to master, mostly because there are so many useful settings in Microsoft word. So I kept trying and failing, until I discovered ‘templates’ on this neat site http://www.diybookformats.com  which also has a lot of video tutorials and the like. Only catch of course (as near as I can see, let me know if you know of any others) is that he wants you to sign up for the newsletter if you want to download the free templates (not the full package fyi, but quite enough). I’m always a little wary of free downloads, but so far so good.

I played with a few templates, then found the perfect one, switched in my picture and tweaked it. That was when I realized that my biggest flaw had been fonts, which was incidentally the one thing I struggled most with.

So to put it bluntly, making a book cover by yourself is not easy. If you are going to do it I suggest you start waaaayyyy ahead of time and learn everything you can about the program (or programs) you’re planning on using (please don’t be a procrastinator like me).

I wish all indie writers out there the best of luck! May we either be able to design kickass covers, or have enough money to get someone to design them for us!!!!

Have you had any experiences designing your own covers? Have questions? Let me know below in the comments. 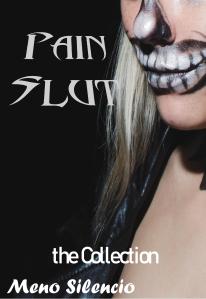 Let’s face it, some of us are wired differently, some of us like pain. Follow along with these stories of pain sluts and discover just how deep and beautiful the infatuation can be. 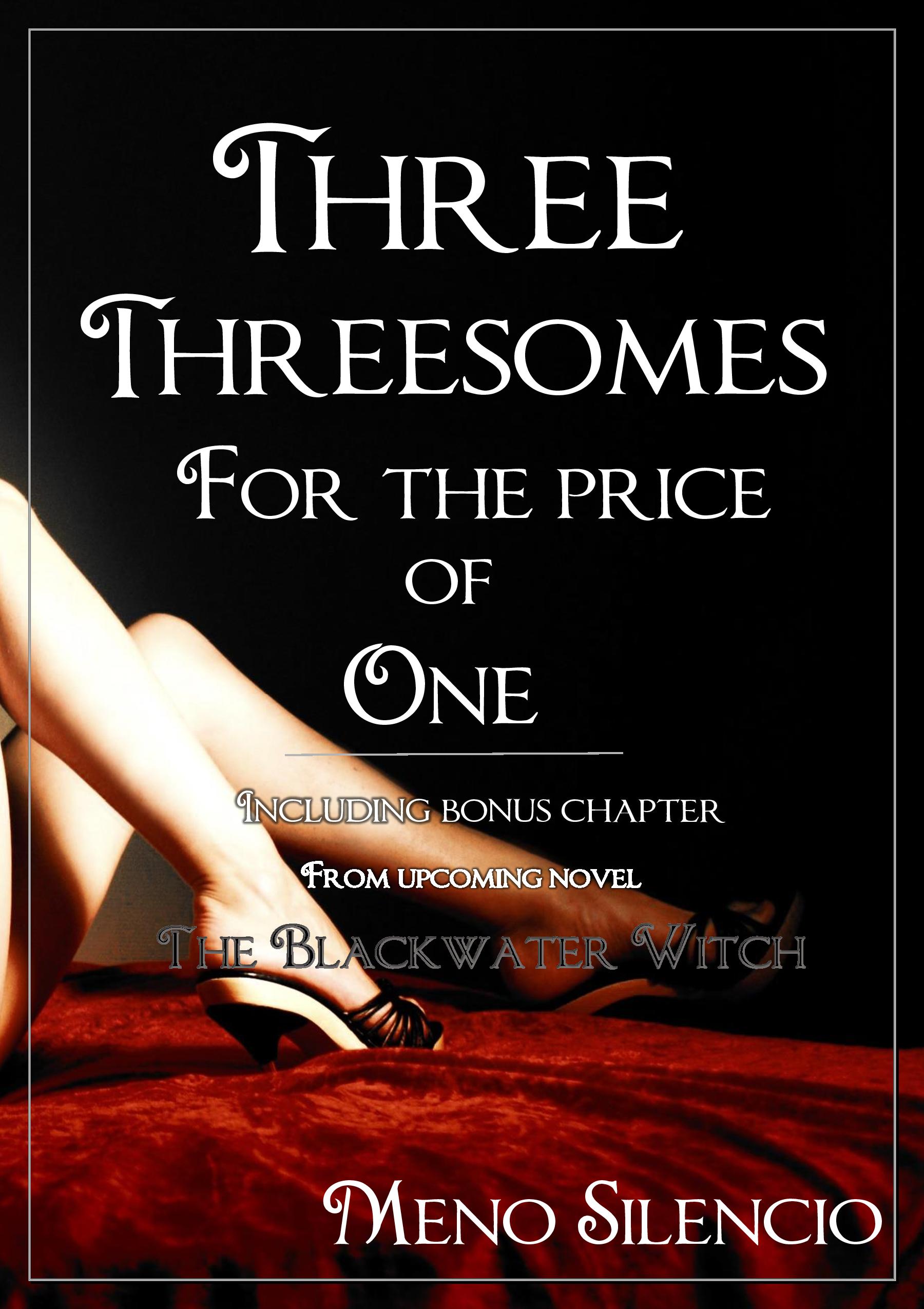 ‘Three Threesomes for the Price of One’ is written in Meno Silencio’s signature, dark and humorous style, and includes these stories:

A bonus chapter from upcoming novel ‘The Blackwater Witch’

So sit back, curl up (alone, unless you’re OK with other people watching you touch yourself), and enjoy this weird little stroke collection!

Sons and Daughters of Perdition
tells the intimate story of the struggle to leave ones birth religion, through the medium of poetry. It is the first published book by the indie author Meno Silencio, who is a witch by choice, and a writer by birth.

You can buy it here at Smashwords, or at any of the other stores they distribute to.